Beale is Victorious in Trickle 99

6/3/2020 -
Plover Wi- John Beale was victorious in the 2020 running of the Dick Trickle 99. Beale bested Sommers in a heated exchange that showed Beale Victorio

Beale is Victorious in Trickle 99

5/14/2019
Sauter Stokes The Fire, Thaws Golden Sands By: Eamon Bauman     On a chilly night at Central Wisconsinâ€™s Power Playground, the racing action was anything but cold. A Super Late Model race dominated by veteran Travis Sauter crowned the action of the night in the 101-lap...more 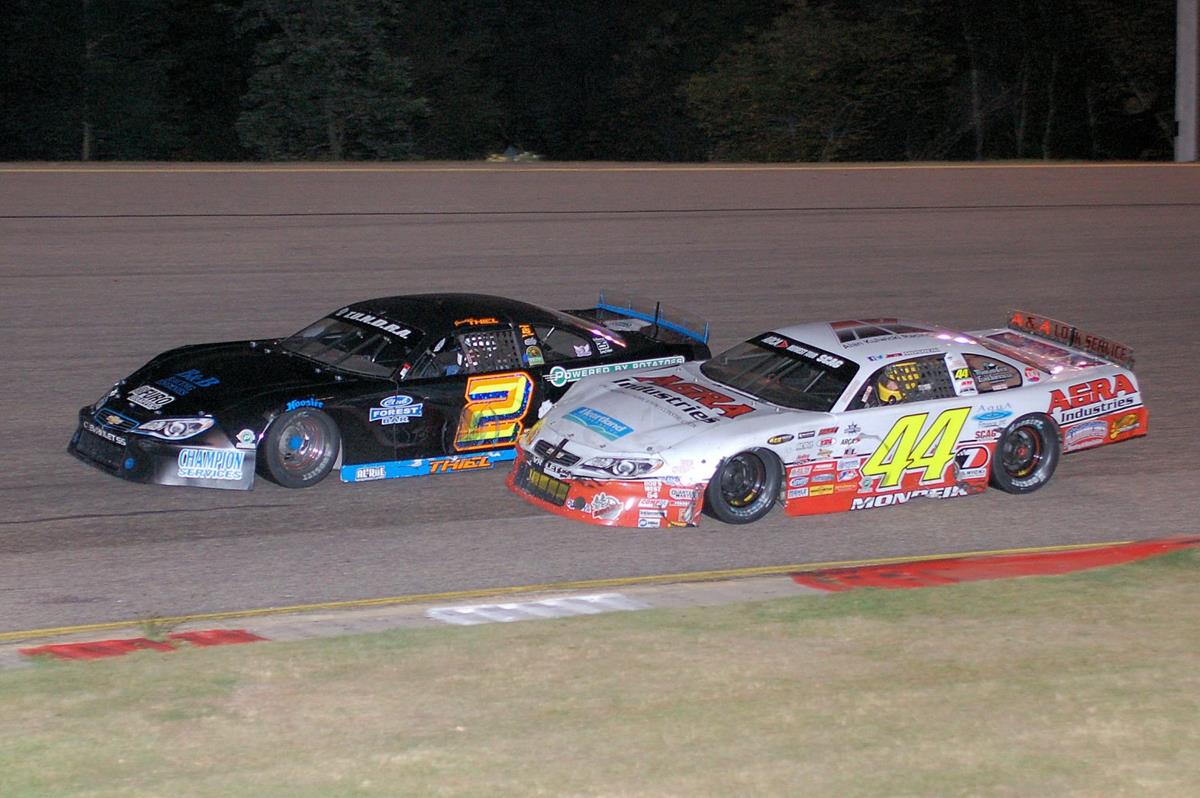 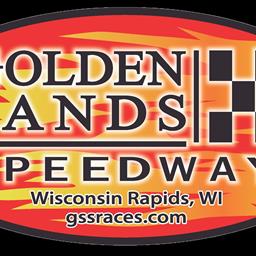 On a chilly night at Central Wisconsinâ€™s Power Playground, the racing action was anything but cold. A Super Late Model race dominated by veteran Travis Sauter crowned the action of the night in the 101-lap â€œThawâ€? race, whose green flag was presented by the official mascot of the evening, the Golden Sands Speedway Yeti. With $3,000 on the line, racing in the premier division at the Central Wisconsin race track was hard.

The nightâ€™s racing action began with back-to-back Super Late Model heat races in which Golden Sands Speedway locals M.G. Gajewski (#22) and Mark Eswein (#71) claimed victory after both jumping out to early leads in their respective races. A relatively calm set of Super Stock and Pure Stock heats would give way later in the night to action-packed features for both of the old-school bombers.

In the 4-cylinder action, Kole Ferge (#32) claimed victory in the heat race for the Stocks after setting fast time in his division. Josh Roush (#92), a newcomer to Golden Sands Speedway, won in a photo-finish in the 4-Cylinder Outlaw heat. Roush held off veteran 4-cylinder racer George Seliger (#06), taking the checkered by a nose after a hard battle between the two drivers.

The guest division of the evening was the mighty Bandoleros. Two heats for this up-and-coming division of youngsters would produce Keagan Benz (#17) and Jevin Guralski (#20) as winners in their respective heat races. The Team Cruisers were also in action on the cold evening with the team of Siskorski and Mykison (#16) taking the win in their heat.

The feature race of all feature races, the Super Late Models took to the track for a 101-lap rescheduled special after weather complications on the 27th of April forced postponement. Bolstered by newcomer energy (and maybe some help from the green flag-waving yeti), Jordan DeVoy (#38) took an early lead after navigating slower vehicles. His chance to take command would be hampered, however, by the surging M.G. Gajewski (#22) who took the lead on lap 6.

Gajewski lead the Super Late Models through lap 19 at which point Travis Sauter (#5) finally caught up to him. The two would race hard and jockey for position until lap 22 at which point Sauter took the lead and never gave it up. Sauter would proceed to put on a clinic of Super Late Model racing by dominating the remaining 79 laps and claiming the $3,000 check.

Hard side-by-side racing was a hallmark of the eveningâ€™s Super Stock and Pure Stock features. The cars of Brian Weinfurter (#24) and Matt Komatz (#33) fought hard with several early lead changes in the 25-lap feature for the stocks. Komatz took the lead on lap 3, only to have it revoked by an outside pass from Weinfurter on lap 5. Komatz then had to contend with hard-charging Matt Raykowski (#6) would who get the best of him on lap 9. Raykowski then began to place hard pressure on Weinfurter for the rest of the race. The two would race side-by-side several times until the last lap in which Raykowski attempted a bump-and-run maneuver on the 24. Weinfurter held on, though, and took the checkered flag.

Mark Kalata (#75) went two-for-two on the eveningâ€™s action in the Pure Stock division. After a solid win in the heat race, Kalata battled the #14 of Ian Arneson for several laps before eventually claiming the lead (and, eventually, the win) on lap 5.

In the guest Bandolero division, the #20 of Jevin Guralski took the lead after navigating two laps of scattered miniature hot-rods. Guralski would hold onto this lead and continue to dodge pint-sized racers to claim victory.

In 4-Cylinder Stock feature racing, the #112 of Chris Tolliver claimed a close victory over Kole Ferge in the #32 machine. Off to an early lead, Tolliver had Ferge right on his bumper for most of the race. Ferge, trying inside lines, outside lines, and every other line there was on the track, would not be able to sustain a pass on the #112. Ferge was better on the turns, while Tolliver was able to use his superior speed to pull away on the straights. The two raced hard side-by-side for many laps until the white flag. Ferge pulled alongside Tolliver coming out of turn four, and gave it everything he had â€“ coming in a close second to Tolliver by a nose.

GSS Newcomer Josh Roush (#92) claimed victory in the 15-lap 4-Cylinder Outlaw feature, edging out Central Wisconsin 4-cylinder veteran George Seliger (#06) from a win. Roush took an early lead in the feature and never gave it up despite several strong advances and near-passes from the #06 of Seliger.

Finally, it wouldnâ€™t be the Team Cruisers division without bumping and shoving action on the track. Four teams did battle in the wild â€˜n crazy division with the team of Sikorski and Mykison (#16) coming out on top after a hard shove into the then-leading team of Hill and Wheelock (#73). The two teams would participate in extra-curriculars after the race, with bumping and shoving continuing in the cooldown lap. In true team spirit, though, the two teams met in victory lane to work out their differences.

They all shook hands and went back to the pits.

Golden Sands Speedway is in action next Friday, May 17th as they play host to the Central Wisconsin Racing Association (CWRA). The Super Late Model tour makes its first stop of the season at Central Wisconsinâ€™s Power Playground, and itâ€™s surely not going to be one to miss. Fan gates open at 5:00pm with racing action beginning at 7:45pm.